Using sound, film and video, Gorging Limpet events draw on post-industrial space to create an uncanny vision of a world that remains almost, but not quite, recognizable. A mysterious zone of elusive sounds and mysterious images that powerfully interact to immerse viewers in a ghostly realm of submerged memory. The substance of this vision is the textures of the places evoked and the materials used, the decaying fabric of old buildings and old 16mm, 8mm and VHS images, of forgotten corners and uncannily familiar, if unsettlingly hard-to-place, sounds.

Maximilian Le Cain and Karen Power are not creators but summoners of the Gorging Limpet and partners in crime culpable for the large scale damage caused by the creature breaking free from its concrete home and into your mind. It is this rather exaggerated image that is so wonderful- the magnification of all things impossible to see with the naked eye. Whether it is the frequencies deployed in the soundsacpe or the sound of the limpet itself, the attention to detail and the desire to bring these artifacts to the forefront is at the core of this project. A memory is shared and created with these everyday items and spectral impressions and it is this that is simultaneously strong and elusive. There is a feeling roused by the knowledge that something is always there; though it is impossible to hear and we are incapable of seeing it, its presence on the planet is as old as we are. However, with study and scientific methods we have made the invisible visible and the inaudible audible, and with Gorging Limpet, as with cinema, we are one step closer to our memories, fantasies and nightmares.

So far, there have been four Gorging Limpet performances:

The first took place in a large, disused industrial unit in Cork, as part of Cork Midsummer Festival (June 2013). It ran for three evenings and also featured Michael Higgins as one of the performers.

The second, enacted on a smaller scale, took place at Temple Bar Gallery, Dublin, in August 2013 as part of the Experimental Film Club event ‘Spectres of Memory’, curated by Esperanza Collado.

The third was part of the New Music Dublin Festival at the National Concert Hall in March 2014. It was a shorter performance than previous ones, using new material that we intend to develop for another major performance later in 2014.

The fourth was the culmination of a weeklong residency at Corcadorca’s Theatre Development Space in Triskel Arts Centre, Cork. It developed and elaborated on the National Concert Hall perfromance.

Gorging Limpet was made possible thanks to a project award from The Arts Council of Ireland /An Chomhairle Ealaíon. 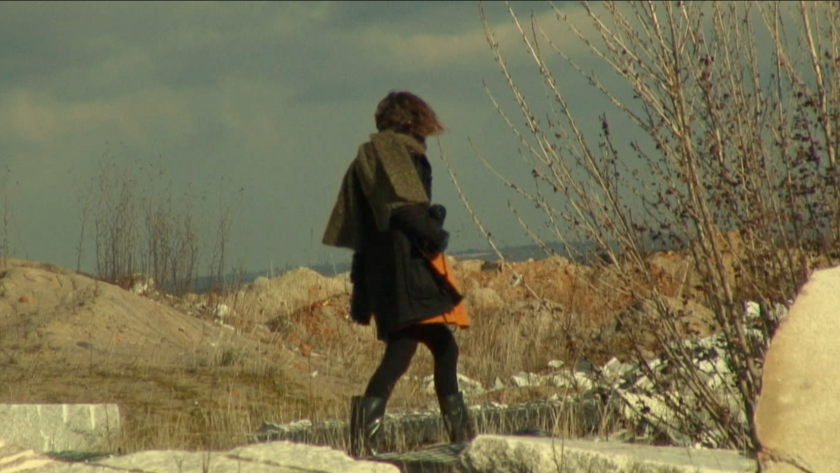 The subject of Operation Rewrite is cinematic montage, its interruptions, associations and sometimes-surprising mutations. The concept of ‘cinema’ it examines is subject to constant re-assessment, embracing perception and projection technology as much as the articulation of signs.

Operation Rewrite began in January 2011 as an online video project in which both artists posted a number of 45-second videos made according to a set of rules, most importantly that one-third of each video should be black screen. However, Operation Rewrite soon boiled over into the production of 16mm films, videos, installations, performances, an artist’s book, a photo-blog and a series of exhibitions. Collado & Le Cain sometimes worked under the name The Consecutive Imposters.

The creation of this project was made possible by an Art Production Grant from MUSAC, Museum of Contemporary Art of Castilla León.